If you should find yourself curious about the individual members of the Order, some of the images which we have captured have been enchanted to take you to another place where you may find all the information they have allowed others to perceive. 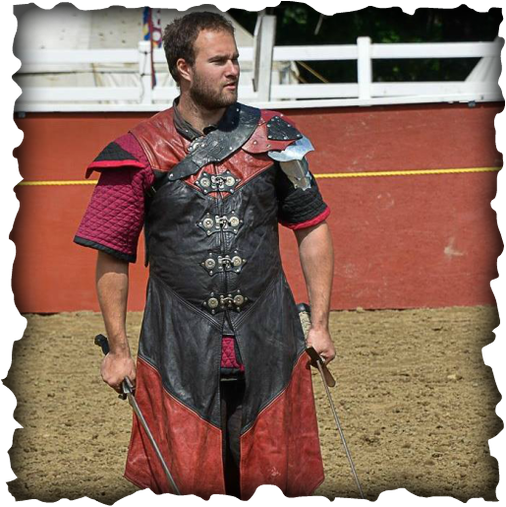 A sell-sword hailing from Ireland, Drakiss left his native land in 1014 after the last of the Irish Kings passed away. He bartered passage on a Viking raiding ship in order to leave Ireland. An indeterminable amount of time lapsed whilst he whiled away aboard their ship but eventually he grew tired of the seas. So, taking to the land, he set about making a name for himself. He and his company soon found themselves wrapped up in a war between the Byzantine Empire and the Visigoth, signing on for a term with one of them. However, he did not wait long after the term finished before taking a higher payment from their enemy and turning on his former employer. Needless to say, they did not appreciate his fickleness. While he and his troop rested at their home base, a sizable force came upon them, slaughtering every man they could find. As the last of their defenses fell, as his comrades crumpled before the onslaught, he was taken away by the Dragons whom intended to use his abilities in leadership and tactics to their own devices. 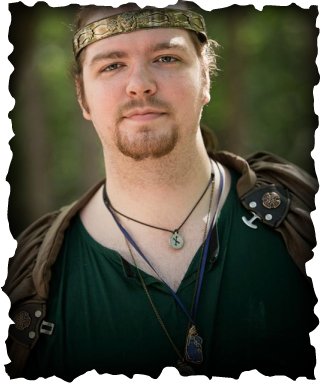 Viktor Khaymen Kraiisson hails from a mixed, and often tumultuous, background of both Druidic and Viking origin. He spent many years visiting and training among the Fae that resided in the forests near his home village. However, as the Jarl's son, he was forced to also learn the art of the sword. After a terrifying confrontation with the Darkness which haunts our realms, he was slain and only returned due to an agreement with the Queen of the Fae. While still weak, the Dragons appeared and nursed him back to health, bringing him back to their realm. 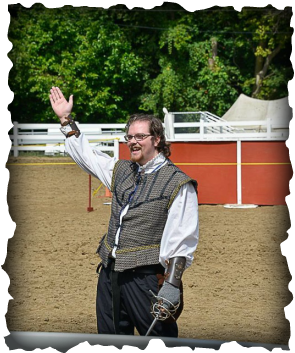 Resultant of a tryst between members of two Noble Houses in the late 1400's, Juan Ademar Gael Lafayette Ramirez Peregrine grew up training rigorously with noble and royal master swordsmen. An arrogant peacock by nature, once he learned of the nature of his birth, he lashed out, dueling any and all challengers until someone finally bested and left him for dead. When Death arrived to reap his soul, he, as his arrogance demands, refused to go unless Death himself could defeat him in a duel. Amused, Death accepted the preposterous challenge. Though memory of the fight itself is unclear to any, even Juan himself, he somehow walked away from Death's claws, gaining himself a mysterious new blade as well 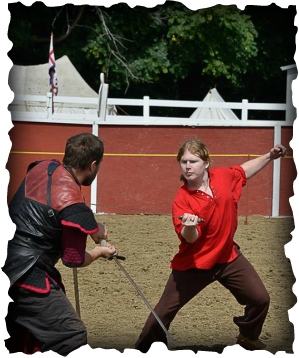 Framed for stealing at a young age, Markus chose to voluntarily fight in the Roman Colosseum rather than forfeit his hand as retribution. He managed to survive until his 20th year when the military took notice and recruited him. Unfortunately, his advancement in rank stalled out quickly until he transferred to the 9th Legion. He still will not speak of what happened to his comrades, only that he chose to integrate himself into the life of a Celt rather than return to his homeland. He finally settled into the life of a farmer on the edge of Rome, but he would not stay there for long for a Dragon soon made an appearance in his life, whisking him away to its own realm. 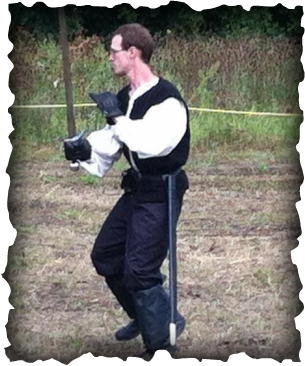 This particular vagabond's story has remained shrouded in mystery. Even his wife, Esmerel, only knows a few more details than the average acquaintance. Supposedly, he hails from the Mediterranean, perhaps from Turkey or Greece. Rumor has it that he was raised by a man who treated him as little more than a slave, though he did pass on the techniques of questionable morals and sleight of hand. Occasionally, he will vanish from the encampment for periods of time, only to reappear as suddenly as he left. Some say that he still works for the man who raised and trained him, though none can truly say they know whom this man may be. 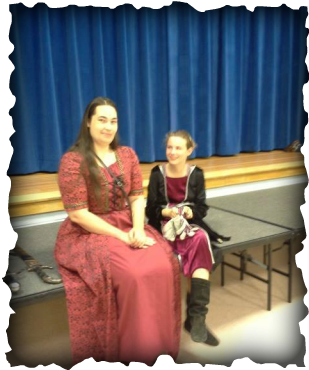 Born as the only daughter to an English Baron, she was forced to flee her home when invaders came to steal all that her family owned, including their very lives. Her father and brothers fell before the onslaught, mere fodder in the kingdom's feeble attempt to protect itself. She and her mother fled into the wilderness, but ultimately, her mother succumbed to the murderers blades. If not for the timely intervention of one of the legendary Dragons, Esmerel would  have quickly followed her. 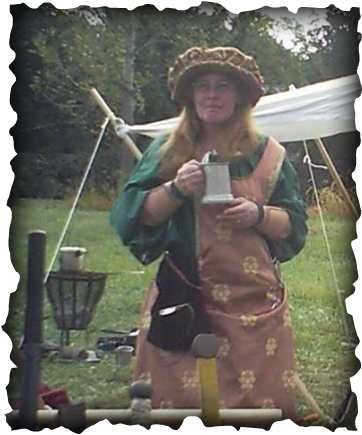 A younger child of two, born to a minor Lord, Daciedre's father raised her as he should have a son, providing her with weapons practice, riding lessons, hunting lessons and more knowledge generally reserved for men. This was to encourage her lazy brother to take responsibility for his place in line but she took to the knowledge as if born for the very roll her father jokingly applied to her. Seeing the approval their father apparently bestowed upon his sister, her brother took matters into his own hands, slaying their father one night in a fit of jealousy. Unwilling to allow anything to stand between him and his "proper" place, he pawned off his sister to the highest bidding family, where she dedicated her life to serving as a bodyguard to the young lady of the house. And there she would have remained until her final days had misfortune not befallen her Lady's family. Surviving through a sheer streak of luck, Deciedre wandered on her own, taking odd jobs as they came to her until the Order found her. 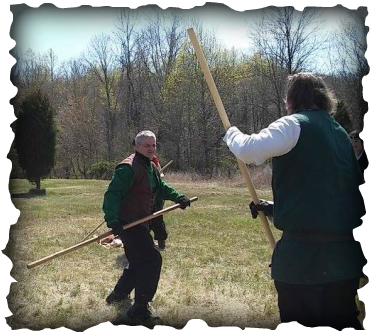 After the battle of Edgecote Moor, Robert stood loyal beside his King in his capture at Olney. Though devoted to the man, as a master strategist, he realized that he could be of more use to his Liege from the outside. He escaped the confines of the prison, vowing to free King Edward IV, and headed North, masterminding a rebellion to such an end. Posing as a layman Innkeeper, he quickly raised the money and support he needed. Too quickly, in fact, that King Edward lost his support for the throne of England, leaving him to rot within the confines of the tower until his untimely death In Robert's removal from the timeline after the King's capture, Edward maintained his support and was able to reclaim his throne, living a full and long life. 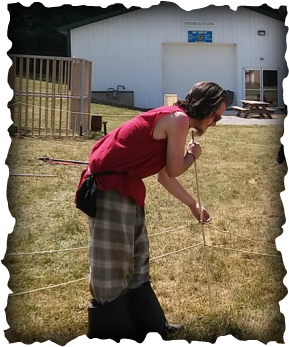 Although we have done our best to try to befriend this vagabond, he has had little to say about what he has done. All that he answers with should we pry is the same answer over and over again.

"I am Master of the Thieves guild. That is all you need to know. Stop asking questions."

However, recently he did add a twist to his usual mantra.

"Oh, and Juan, you're part of the Thieves Guild now."

To which Juan had only this to say,