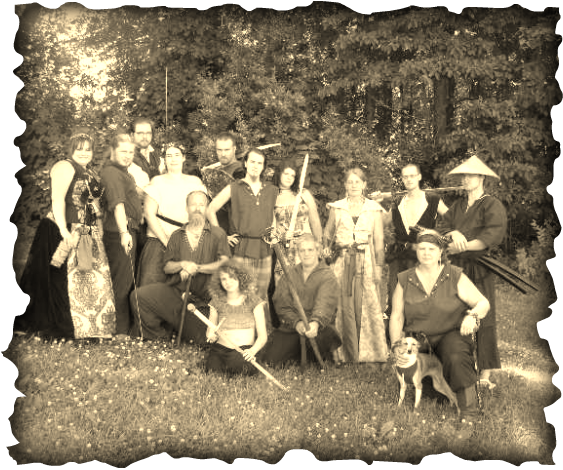 We had grown too powerful, they said. We had disrupted the natural order, had thrown off the

chains of fate, risen where we should have fallen. We are a darkness, a blot upon the stark tapestry of life

which needed to be removed. And so our hosts, our captors, our guards, sought to rid the world of our very

existence, as they had for so many before us. But true energy may never be truly destroyed. It disperses and

coalesces within another source, as have we. No matter how many times the Dragons smote the

anomalies, others would rise to take their place. Now, instead of destroying us as they have in the past,

they have begun to collect us, trapping us within their Realm to hold the disruptive energy away from the

However, the world could not remain ignorant of their presence forever. And fear is a terrible motivation.

Danger began to greet the Dragons the moment they ventured outside of their Domain, slaying many

who had once patrolled the lands to keep the very people who slew them, safe. They could not afford to

stop their quest to contain us and others like us. They brooded about their misfortune until one suggested

an alternative. Why not use the power which they had collected already?

Such a suggestion met with scorn and criticism. Why use the creatures they had fought so hard to rid

from the world, lost so many in the fight to achieve this goal? But their fellow argued with reason. Why

waste themselves when they had already tamed this power, given it home and hearth, brought peace to

their lives? Why should their captives not willingly give of themselves in return? They are or may pass as

human, the others will not turn upon them as they have the Dragons. They may venture wherever they

wish and be greeted gladly for it.

Others fought to keep the prisoners exactly where they resided. Generations would have passed whilst

they debated. But the fear of absolute extinction- for Dragons do not repopulate easily- drove many to

consider and embrace this radical suggestion. They came to us, spoke of the opportunity to once again

mingle with the world in which we used to reside. On conditions. Which we shall not impart unto you,

So, with proverbial collars strapped around our necks, we set forth, traveling through time, stepping

through space to reach our destinations. We draw others like ourselves within our ranks, collect the people

and objects which would disrupt that which should not be tampered with. We educate those who seek our

knowledge, provide training for those whom require it. We are the Order of the Forgotten.
Crew